We tailor-made, customize, and personalize your Myanmar travel needs. 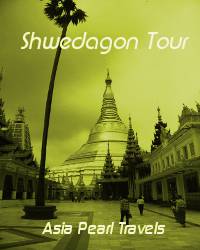 Yangon is the former capital of Myanmar (Burma) with population of 5 million. This is just about the only major city in South-East Asia where you can still find authentic Asian culture in its original form. Bago is a town 80 km (60 miles) to the North East of Yangon on the way to Kyaikhtiyo 240 km (180 miles) away from Yangon. 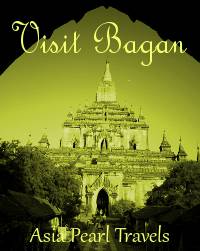 Bagan is a major archeological site and home to more than 2,200 Buddhist temples, pagodas and stupas dating back to the 11th century. The temples are located in "old Bagan", whereas many hotels, restaurants, and souvenir shops can be found further south in the region called "New Bagan". Nyaung Oo Airport is located inland to the north east of the temples.

Tharabar Gate, one of a few remaining brick-walled gates to the ancient city of Bagan; Thatbyinnyu--the tallest temple in Bagan at 61 meters; Gawdawpalin, the second tallest; Manuha, one of the oldest built in 1067; melon-shaped Bupaya Pagoda; Nathlaung Kyaung-- the oldest temple in Bagan dating back to the 10th century; Ananda temple built in 1105 AD by King Kyanzittha; Htilominlo temple with frescoes and wall paintings; Payathonzu; Shwesandaw; Myazedi Pillar inscribed in Mon, Myanmar, Pyu, and Pali languages; Dhammayangyi-- the largest Temple in Bagan; Shwegugyi; Sulamani, shaped like cross between Thatbyinnyu and Dhammayangyi; Shwezigon Pagoda with more modern architecture, and nearby Nyaung U market to the north to shop for Myanmar handicrafts. Mount Popa is at 45 km (28 miles) south-east of Bagan, where there is a monastery on the adjacent Taung Kalat up the stairs with 777 steps. 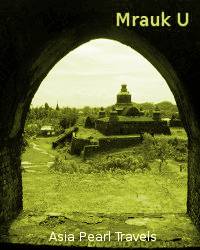 The Western part of Myanmar is known for Ngapali beach in Thandwe and Chin hills for trekking and adventure-lovers where 10,500 feet (3,200 m) high Mount Victoria (Nat Ma Taung)-- the second highest peak in the country-- is located.

Then, there are temples amidst lavish green vegetations in Mrauk U, which have different shapes than temples in Bagan, and second only to Bagan in numbers. Mrauk U was the capital of Rakhine Kingdom from 1433 to 1784 AD. During the cool tourist season from October to March, the temperature could drop to 13 degree C. For the rest of the year from May to October, this region receives highest rainfall in the country. There is no direct flight to Mrauk U from other parts of the country. Tourists must take a flight to Sittwe and take a boat ride up the Kaladan river. 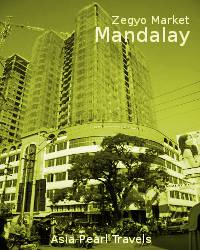 Mandalay was the capital of the last dynasty of Burma from 1859-1885. Today, it has become the commercial center of Upper Myanmar as a result of growing trade with China and India. There are a number of tourist destinations nearby that can be made as a day-trip and back to Mandalay: Amarapura to the south, ancient capital of Ava (Inwa) and Sagaing are all near the right angle bend of Ayeyarwady River. Mingun is located further north to Sagaing, and also a popular day-trip tourist destination from Mandalay.

Monywa is located 136 km (85 miles) to the northwest of Mandalay. Pyin Oo Lwin (May Myo) at 67 kilometers (42 miles) east of Mandalay is a scenic town with horse carriages, British colonial houses, water falls, and beautiful gardens, where temperature rarely exceed 85 degree F in the summer. 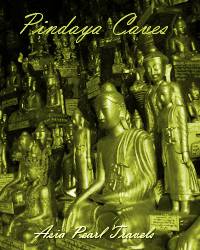 Inle Lake is the second largest natural lake in Myanmar known for its natural beauty, one-legged boat rowers, and houses on stilts. Nearby attractions are Taunggyi, the capital of Shan State, Kalaw, a beautiful town for trekking to the west, Pindaya to the North, and Indein, an ancient city where only ruins of Pagodas remain today.

Phaung Daw Oo Pagoda, floating gardens, unique one-legged style boat rowers, jumping cats monastery where cats are trained by the monks to do circus acts, Pindaya Caves with over 8,000 statues of Buddha, alters and thrones of different styles and shapes -- some dating back to 18th century, many ruins of 8th century Indein pagodas and stupas, and of course, the stunning natural beauty of the Inle Lake itself.